In the early 1980s, most women’s centres came into being in Quebec spontaneously, without any specific action to start them. They were born from the feminism of the 1970s, a feminism which impacted women’s daily lives.

In January 1984, 53 women’s centres in Quebec held a meeting for the first time. This historic event helped to combat the isolation of individual women’s centres and encouraged them to think about what they could do as a collective. One year later, after a consultation in every region of Quebec, more than 80 women’s centres founded a provincial coalition. In June 1985, L’R des centres de femmes du Quebec was born.

Today, 82 women’s centres are members of L’R. If you would like, you can contact a women’s centre among our members throughout Quebec.

All members of L’R subscribe to the Basis of Political Unity (BPU).

All members of L’R meet at least four times a year with the other centres in their region to discuss their practices, the issues that they face and their common projects and goals.

During these regional meetings, space is made to bring matters of collective interest to the coordination committee (also known as the “coco”) or to respond to questions from the coco.

The “coco” (short for “coordination committee”) is made up of 15 representatives from different regions, elected by regional tables, for a mandate of 2 years, renewable once. This is a space that allows representatives to share knowledge, experience, and analyses, in addition to participating in collective management.

The coco is a management space: it has the roles and responsibilities of a governing board. As a result, its representatives are there to be a voice for their regions, but also to ensure that the largest feminist network of independent community action acts in the interests of all the women it represents.

Meets 5 times per year. Made up of 3 members who are elected by and from the Coco. Hires the permanent staff, who share management of L’R with the CE.

Meets a minimum of 4 times per year. Made up of representatives from women’s centres in the region.

Meets once per year. Made up of members. Gives mandates to the Coco.

Supports the mandates given by the Annual General Meeting and by the Coco. Shares management of L’R with the Executive Committee. 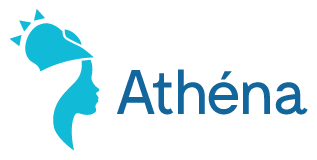