Montreal, Sunday, March 8, 2020. L’R des centres de femmes du Québec is taking advantage of International Women’s Day today to highlight the launch of activities around the World March of Women in Quebec. The 85 women’s centres which are members of L’R will participate in mobilizations this year, which are centered on five main issues: poverty, violence, the environment, migrants, and Indigenous women. 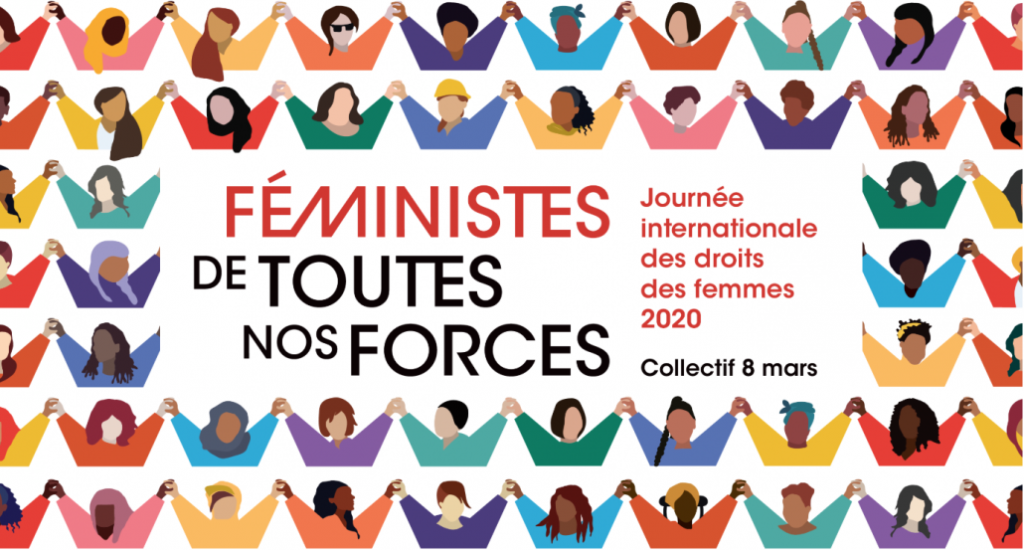 The issue of violence against women is a particular concern within L’R’s network. “For many women, women’s centres are the entryway to services,” explains Marie-Pier Kouassi, the project manager on issues of violence at L’R. “Women disclose their experiences during our activities and our employees, who are generalists in women’s issues, are often the first to detect situations of violence; they are also the first to intervene and refer women to other resources as needed”. Taking these facts into consideration, the members of L’R decided at their annual general assembly in June 2018 to prioritize the issue of violence against women from an intersectional perspective. Following this decision, L’R centered its 2019 convention on this issue. L’R also collaborated with an organization called Trajetvi on a research project called Fighting violence against women: feminist practices from L’R’s women’s centres, as well as starting a project called En’Rayer les violences (“E’Radicate Violence”) which will continue until 2023 and which seeks to share the expertise that L’R and its members have in dealing with questions concerning violence against women.

The centres which are members of L’R will organize actions throughout the coming year in order to mobilize and raise awareness prior to the Quebec march, which will be in Terrebonne in the Lanaudière region. “Women’s centres have always been on the front line of women’s struggles, whether to show the impact that austerity measures have on women’s lives, to recognize invisible work, to apply gender-based analysis to regional development or to fight against antifeminist backlash”, says Diane Messier, the group’s president. “We were there in 2000, in 2005, in 2010, and in 2015, and we will be there in 2020 because we are, as this year’s International Women’s Day slogan says, ‘feminist with all our might’.